I am very happily married, but just a few short years ago I was in turmoil. I was wrestling with what God’s will for me was. Out of the blue, at 21 years old, I felt like I might be called to religious life.

I Only Wanted Marriage

Anyone who knows me knows that I am absolutely madly in love with children. No baby at my parish went unheld when I was around. I have dreamed of being a mommy pretty much since I was a kid. I just needed to find the right person.

And to that end, I was dying to get married- I had been since I was fourteen or fifteen years old. I had almost made an idol out of the idea marriage.

It is easy then to imagine how rattled I was when I suddenly thought God might be calling me to be a nun. I’ll never forget calling my mom and telling her I was starting to feel this, and how scared I was.

I spoke with one of the priests from my parish. He encouraged me to just pray and be open to God’s will.

It is easy to talk about being open to God’s will. We pray it all of the time in the Our Father; “Thy Will be done…” But when His will is different than what we want it is truly a call to die to oneself to follow through with that prayer.

I was working with a wonderful Catholic counselor at the time who had given retreats at the Carmelite Monastery of Jesus, Mary, and Joseph in Elysburg, Pennsylvania. It was a completely cloistered convent full of nuns whose days were spent adoring our Lord in the Blessed Sacrament, praying and sacrificing for others, and working on small handmade religious goods. He told me to write Revered Mother and tell her I had been working with him and he was recommending me for a visit as soon as possible.

Usually it takes time to go back and forth and arrange a visit with a convent, but due to my connection I quickly received a letter with a date range to come just a few weeks out.

I continued going to daily Mass, working at my office, and praying praying praying. Sometimes there would be a glimmer of excitement, but I was so tense internally. What if God actually wanted this? Being the bride of Christ is such an honor. Why couldn’t I be excited? In my selfishness, I only really wanted to be open to God’s will if it lined up with my desires. This kept me from seeing the beauty of the call.

I Went to Carmel

(The photos that follow were taken the morning I left with a cheap, old iPod touch. Their quality is poor, but they are actually from my visit)

Before I knew it I was being picked up at the airport by a wonderful family who handled transport for girls visiting. My flight ended up delayed and arriving at midnight, so they took me to spend the night in their guest room as it was too late to go to the convent. I laid in that bed that night so trepidatious. I felt as if I was sitting on the edge of a cliff. The next morning the greatest discernment of my life would begin. Would I be asked to take a leap of Faith I never thought I would be asked in a million years to do?

The mother of the family took me to morning Mass the next day, and afterwards pointed me towards the room where Revered Mother would be waiting for me. I expected a stern old woman to walk in, but I was caught so off guard when on the other side of the grille was the most beautiful, radiant, smiling young nun.

I cried as I told her how much I wanted to know God’s will, but how scared I was that it might call me away from my beloved idea of marriage and family.

She had such warmth and compassion as she assured me that my visit would be a special time. She encouraged me to be calm, to trust Him, and she told me something that changed everything for my rumpled spirit. “Mariette, if you are called to marriage, you would be miserable as a nun. But if God’s will for you is to be a sister, you would be miserable married to anyone else but Christ. All of us in here want to be here. We are so full of happiness and joy. If He is calling you to this life, you will be so fulfilled.”

It Was Not What I Expected

My five days there were some of the most beautiful of my life. I stayed in a lovely little room built on the side of the house of the caretakers of the convent. (A retired couple in their fifties whose daughter was one of the sisters on the other side of the walls.) 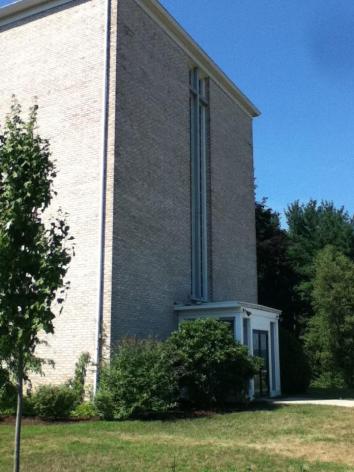 I spent my days following the same schedule as the sisters. When bells tolled for morning prayer I scrambled up the hill into the church and followed along from inside the church, hearing the sisters on the other side.

When they prayed the Rosary, I was in the church praying as well.

When they did their work, I read the many book Revered Mother gave me, mostly about Blessed Theresa of the Andes, whose story of openness to her vocation touched me.

I wandered the grounds on the outside of the wall praying, reading, and listening.

I was listening for God’s voice and I kept hearing nuns. One day I was sitting near the wall during the sisters’ recreation hour and oh the peals of laughter that came from over the side. They were so happy.

The walls there were not to keep the nuns in, but to keep the world out. They didn’t see the wild chaos of a society going mad. Instead, they were immersed in the beauty of their home with God and each other.

My heart started to change; instead of anxiety about what God was calling me to, I started to feel a bit of sadness.  See, as Reverend Mother and I met twice daily and I spent hours in prayer and reflection, we could tell that God was not calling me to be His bride.

You would think after all of my worrying I would be relieved, but now I saw how beautiful this life was. I saw the privilege of the call to be the bride of Christ. It was bittersweet knowing this was not to be my life, and I realized how selfish I had been to be scared of what would have been a profound blessing.

I told her on my last day, “Mother, if you tell me right now you think I should enter, I will not delay for a moment, even if it is hard.” She told me that she didn’t think now this was where God wanted me. She said, “Mariette, I don’t know a sister who doesn’t love babies. We delight in them, but we don’t have that burning desire that you do to carry that life within us. I think God may be calling you to marriage. Maybe He wants you to raise a daughters who will have this special vocation.”

Peace flooded my soul. I knew what God wanted. I felt excited, but it wasn’t that I had “gotten” what I wanted. It was because I had finally been totally open to God, and had grown in complete trust of Him. I had a great peace that I had never felt before. Instead of holding on to the reigns of my life with tight, white knuckled fists, I had let go and found the joy that comes from that surrender.

This life in the cloister was beautiful and if in the future I felt that was what God was calling me to, I knew I would not be scared as I was before. I would have welcomed that special call.

I know God waited for me to meet Ethan until we did because He first wanted me to completely surrender myself to Him – to trust Him, loving Father that He is.

When I returned home and met with Father, I was anxious that he would feel disappointed. Instead, he was so happy for me, and said I should just continue to pray for my future spouse. (Two years later I would meet Ethan, he himself a former seminarian who had been open to the priesthood, despite his deep desire for marriage and family life.)

And the Catholic counselor I had been working with? He told me that he thought I would marry someone else who had been open to God’s call, too.

You can read Ethan and I’s love story here

This post is part of the Catholic Women Blogging Network Blog Hop. Click here to read what other Catholic women wrote on vocations this month!

6 thoughts on “Was I Supposed to be a Nun? – My Vocation Story” 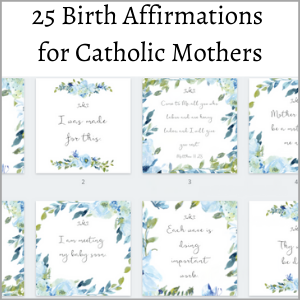